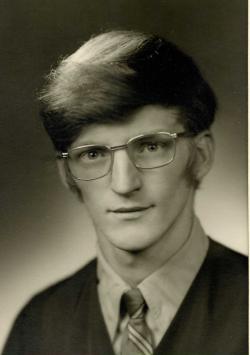 Donald Gene Stephen Fraser, Sept. 12, 1955 – May 29, 2020. Donald Fraser left this leg of his journey and continued on into the loving arms of his parents, Alva and Leata Fraser, brothers: Aubrey Edwin and Lewis; sisters: Brenda and Pat Fraser. He leaves behind brothers: Joseph, Barry, Albert, all of Trenton; Ian, Little Harbour; sisters: Geneva (George Rossos), Sydney; Evelyne (Blaine Kendall), Mountville; foster sister, Anne MacLean, Bedford; nieces: Janice, Paula, Heather, Alison, Judy Fraser, Kelli Skinner; nephews: Robert, Mark, Brian, Joseph Fraser; Jason Marc Charrier; 15 grand-nieces and nephews; 6 great grand-nephews; aunt, Betty Fraser, Hillside; best friend and brother from another mother, Russell Meisner; numerous cousins, and many friends whom he considered family. Donald was a graduate of the class of 1975 from East Pictou Rural High. He was a labourer in construction by trade and could turn his hand to almost anything, truly a Jack of all things, master of none. He was an avid member and Past Master of the Loyal True Blue Association. Donald had many talents, drawing, photography, carpentry, tinkering with cars, but was by far best at making everyone he met feel welcome, comfortable and appreciated for who they were. He also had a great gift for gab. He took great pleasure when playing games, watching movies, fishing, hunting, but was happiest when searching for bargains at a flea market or yard sale with Russell or having a game of cards. Donald was always willing to lend a helping hand to anyone in need. Cremation has taken place. A graveside service will be held at 11 am Saturday, October 3 in Hillside Cemetery. Donations in his memory may be made to the Hillside Community Hall. Arrangements are under the direction of R.H. Porter Funeral Home.