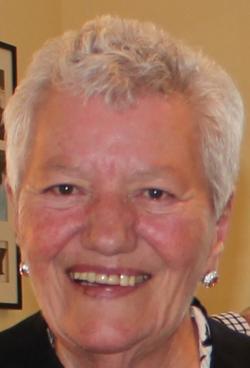 Dorothy Marie Wilson, age 70, of Trenton, passed away Tuesday, June 30, 2020, in the Aberdeen Hospital, New Glasgow, after a brief illness.

Born in New Glasgow, she was a daughter of the late William Sr. and Sarah (MacPherson) Reid. Dorothy lived her entire adult life on Sixth Street in Trenton in a house she built with her husband, Mark. She was an accomplished cook and worked in several restaurants in the county over her lifetime, beginning with the family restaurant in Blue Acres.  She later worked in the kitchens at the K-Mart in-store diner and local Pizza Delight. Her dishes at home were family renowned, especially her famous Lochaber Dip. Dorothy worked as a Nanny in her later years to her nieces’ children, neighbor's children and as a devoted grandmother to her grandchildren. She owned a cottage on Lochaber lake with her husband, where she spent many years creating memories that will be recalled around campfires for years to come. Dorothy was an animal lover and showed family dogs in local competitions in the 70's, as well as an avid fisher and ATV'er. Dorothy was a member of the Parkinson Society and a former member of the Ladies Auxiliary, Trenton Fire Department. She will be remembered as a devoted wife, loving mother, dear friend and neighbor, and fiercely loyal member of her family.  And of course, for her wonderful sense of humour. Her enthusiasm for life and adventure was second to none.

Arrangements are under the direction of R.H. Porter Funeral Home, New Glasgow, NS.  A private, family only, Funeral Mass will take place at 11 am Friday, July 17, in Our Lady of Lourdes Roman Catholic Church. Donations in her memory may be made to the local chapter of the Parkinson's Society.

"You were one-of-a-kind Dorothy; we love you and we will see you again".