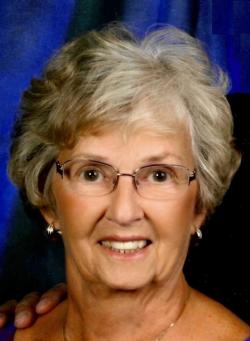 Barbara Helen (Fraser) McKenna. It is with deep sadness and loving gratefulness for a life fully lived that we announce Barbara’s death in Palliative Care at the Aberdeen Hospital, New Glasgow, on Saturday, February 6, 2021, at the age of 78.

Barbara was born on March 20, 1942 in New Glasgow and was raised in Westville, a daughter of the late James and Lucy Fraser. Following high school, Barb graduated from the Secretarial Science program at St. Francis Xavier University. Her first job was with the traffic division of the Halifax Police Department. It was there that she met the love of her life, Michael McKenna, who was a member of the RCMP. They were married in 1966.

Barb was kind, friendly, and made friends easily wherever she went. With Michael’s postings, they lived in Halifax, Truro, Ottawa (twice), Yellowknife and St. John’s. She enjoyed curling from high school to late in life. As a member of the YMCA, she enjoyed fitness classes, yoga and swimming.

She was a long-time member of St. John the Baptist Parish in New Glasgow, where she was a lay reader and member of the Catholic Women’s League. She was proud to received her CWL Service Pin. She was also a member of the Aberdeen Hospital Auxiliary and loved working in the gift shop. She was a member of the New Glasgow Gyrette Club and loved the social events, making many new friends. Barb looked forward to meeting her hooking friends at the Bluenose Descendants Hooking Group, which she belonged to for a number of years.

In their last posting in Ottawa, Barb was employed by the Canadian Medical Association before moving back to New Glasgow to enjoy retirement at the cottage on Sinclair’s Island.

Many thanks to the staff at Valley View Villa for their care and kindness to Barb. We also thank the staff in Palliative Care for making sure Barb was pain free and comfortable.

Family flowers only. If desired, donations may be made to Aberdeen Palliative Care Society or the Alzheimer Society. Arrangements are under the direction of R.H. Porter Funeral Home, New Glasgow.