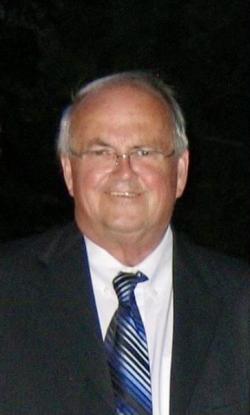 Donald William Power, 74, New Glasgow.  Donnie passed away on April 29, 2021 in the protected peace of the Aberdeen Palliative Care.  Born May 1, 1946, he was a proud Northender in New Glasgow for most of his life.  A son of the late Anna Mae and Martin Power, he grew up surrounded by sisters and developed the initiative from an early age to meet people, to work hard and find his own independence.  His first job in pharmacy delivery set him on a course of service and sales that would become his career.

Donnie enjoyed classic country music on the radio, a good "scoff" of food on the table, "dusters" on TV and hockey on Saturday night.  But above all of this, he enjoyed community.  A people-person by nature, with a quick wit and a joking sense of humour, he thrived on interaction - with family, with friends and with neighbours.  As long as he could drive, he went places to explore.  When he could no longer drive, his scooter became his pathway to the people.  He covered a lot of miles.

Every Dad has some Dad-isms and Donnie was no exception.  His favourite was this: "I’m gonna move that toe!"  The full story involves a fabled man who was in a dire car accident unable to move any part of his body.  Rather than wallow in the misery of all that was lost, he focused on one thing – he stared at his big toe and said, "I’m gonna to move that toe!"

At Donnie’s house, this phrase was synonymous with digging deep and delivering extra effort.  No matter what we were up against, a big challenge or adversity, "I’m gonna move that toe!" was a reminder that taking on anything begins with mustering the strength to take the first step and keep moving forward.

Donnie faced tremendous personal adversity with health challenges that spanned over 25 years of his life.  From 6 heart attacks, 7 strokes and more, he repeatedly bounced back, out-hustling odds with his tremendous will to live, likely lying in his bed in those dark moments literally thinking, "I’m gonna move that toe!"

Donnie leaves behind family and friends who will miss him dearly, including his wife Sharon Redmond; children and spouses: Angela Power and Kevin Engel; Julie and Kevin Fraser; D.A. and Amanda Power; sisters and brothers-in-law: Peggy and Terry Gallagher; Martina and George Acres; Ann Power; Loretta and Joe Carpenter; and Claire and Bill McKay; grandchildren: Josh, Kaitlyn and Megan Engel; Ethan Fraser; and Olivia, Keira and Logan Power. Donnie will also be missed by many nieces, nephews; the mother of his children, Rosemary McKay; and Sharon’s children: Kimberly Cook, Michelle MacLaren, Trevor, Chris and Karrie Redmond.  He was predeceased by siblings: Terry, Jean, Jane and Sarah Ann in childhood.

A ceremony and burial will take place in St John’s Holy Cross Cemetery at a later date due to COVID-19 restrictions. In lieu of flowers, donations can be made to the Heart and Stroke Foundation. Arrangements are under the direction of R.H. Porter Funeral Home.