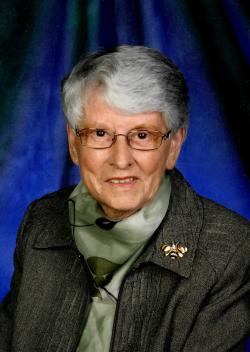 Josephine Mary Jollymore, of New Glasgow, at the spry age 88, passed away Friday, April 30, 2021, in the Aberdeen Hospital. Born in Georgetown, PEI, she was a daughter of the late Joseph and Ellen Claire (McCormack) Dalton. She was a former employee of David’s Shoe Store and was a retired sales clerk from Miller’s Men’s Wear. She was a long-time member of St. John the Baptist Roman Catholic Church where she served on various committees and was one of the founding members of the St. Vincent de Paul Society.  Josephine was an early and influential member of the Pictou County Parkinson Support Group, organized the yearly Pictou County Parkinson Superwalk and was made the Parkinson’s Canada Superwalk National Hero of 2019. She was a Cub leader for many years and was made a Town of New Glasgow Volunteer of the year. She is survived by a sister, Margaret Ellen Stone, Pugwash; a large number of nieces and nephews. She was predeceased by her husband, Gordon W. Jollymore. A Funeral Mass will take place at a date to be announced. The service will be livestreamed. Burial will take place in Saint James Cemetery, Pictou, at a later date. Donations in her memory may be made to the Parkinson Society (Pictou County Chapter) or a charity of choice. Arrangements are under the direction of R.H. Porter Funeral Home, New Glasgow.